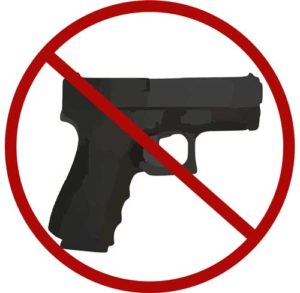 Is it a misdemeanor or a felony?

The distinction between a misdemeanor and felony charge is also important. Due to the “crackdown on crime” era, most weapons offenses and violations in California result in a felony charge. However, your attorney can negotiate an illegal possession of weapons charge down to a misdemeanor. In either case, the consequences may include one or more of the following:

LIFE CASE) Armed Robbery/Assault with a Firearm Jury Trial – Client was charged with felony robbery [PC 211] with a great bodily injury enhancement that carried 25 YEARS TO LIFE IN PRISON [PC 12022.53]. Client was also charged with 2 felony counts of assault with a firearm [PC 245(a)(2)], with special allegations of personal use [PC 12022.5]. Client did not deny the shooting, but stated he acted in self-defense and that there was no robbery. The jury found client NOT GUILTY! *

Was the weapons search illegal?

First and most importantly, our firm determines if the search made by the officers was lawful. A skilled attorney should be able to throw out these charges if he successfully challenges the search in which a gun is found as a result. Additionally, you might have other good defenses and exceptions for carrying a firearm.  For instance, Lack of Knowledge. You may not have known there was a firearm in the area. Also, self defense and fear of losing your life is a consideration. Our firm will examine all the possibilities for your defense. The most common violations in California appear below: