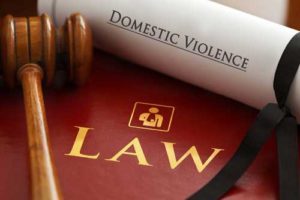 Law enforcement agencies receive hundreds of thousands of domestic violence reports every year in the United States. It is a common and serious crime. Recently the legislature made many changes in Domestic Violence laws. As a result, there are more serious consequences for anyone facing these offenses. Your penalty might be small, such as a restraining order. But it might be large enough that you face prison time.

Once a charge is made, it cannot be dropped

It’s a common misconception that if the alleged victim in a domestic or spousal abuse case asks that the charges be dropped, that the case will be dismissed. This is not true. It is up to the District Attorney to decide whether to file charges, not the victim. To get your case dismissed it takes investigation, preparation and a lot of hard work. Consequently, you need a skilled and dedicated attorney to make this happen.

If you face accusations of domestic violence, you need an experienced criminal defense attorney to fight for your rights every step of the way. Accusations hurt your family, your reputation, even your career. If you are the alleged victim in a domestic violence case, YOU HAVE RIGHTS TOO!  Call our office IMMEDIATELY to get the legal representation you deserve.

Domestic Violence Jury Trial – My client was arrested following an argument with a domestic partner and charged with misdemeanor domestic violence [PC 273.5]. She called the police and stated that my client abused her. She later admitted that she lied to the police, but the prosecutor refused to dismiss the case. We successfully took the case to jury trial and the jury found the client NOT GUILTY! *

The following are a list of crimes that commonly come under the penumbra of Domestic Violence:

See the California Penal Code for Domestic Abuse and Violence

273.5. (a) Any person who willfully inflicts corporal injury resulting in a traumatic condition upon a victim described in subdivision (b) is guilty of a felony, and upon conviction thereof shall be punished by imprisonment in the state prison for two, three, or four years, or in a county jail for not more than one year, or by a fine of up to six thousand dollars ($6,000), or by both that fine and imprisonment…

See some of our other success stories here.